LARVOL PARTNERS WITH PENTALOG VIETNAM TO FUEL ITS IOS DEVELOPMENT

What can a worldwide company do when it wants to launch a new MVP but lacks a key technology competence? Although they have many other IT competences, Larvol was in this position as they were lacking iOS developers for testing a new concept for a novel mobile-based business opportunity. As a US-based international company experienced in working with offshore partners, they turned to Pentalog Vietnam for an IT outsourcing solution in order to quickly find qualified developers. 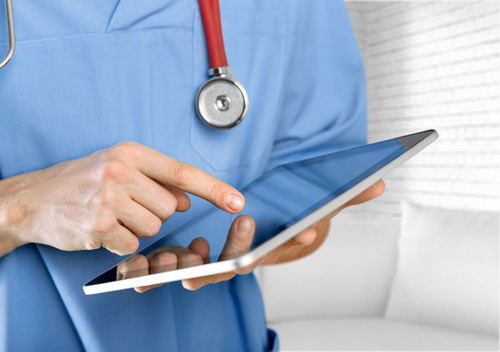 “The Pentalog team was extremely responsive to our needs and made many excellent suggestions to improve our product. The level of communication was such that it felt like we were working with a very talented internal team.” Bruno Larvol, Larvol CEO

Larvol already had a well-established SaaS service and decided to develop an MVP to test out a new concept. The concept of this product is a mobile application that allows users to follow chosen key opinion leaders through their articles, events, tweets, etc. The challenge for Larvol was that they had not yet moved into the realm of mobile apps and as a result they did not have much iOS development experience. They needed to find qualified developers quickly in order to push out their MVP and experiment with their new concept.

The solution was to work with the Pentalog delivery center in Hanoi, Vietnam in order to reduce their time to market by quickly teaming up with experienced mobile developers. Larvol decided to take on a team of four mobile experts consisting of one frontend and one backend iOS developer as well as one tester and one scrum master. A 3.5 month timeline divided into 10 sprints was set up for the completion of the project.

Thanks to Pentalog’s emphasis on Agile methodologies the product was released on time and on budget with no major bugs. The beta was released and accepted by the app store with more updates to come later. Larvol was pleased by the Hanoi team’s efficiency and Scrum approach and decided to extend the project in order to add more features to the app.

Larvol appreciated the team’s transparency and openness during daily standups and found the structure of our steering committee meetings quite effective at generating useful discussions. Bi-weekly meetings between the Larvol and Hanoi teams ensured close cooperation throughout the entire development process.

Larvol’s CEO, Bruno Larvol, commented: “The Pentalog team was extremely responsive to our needs and made many excellent suggestions to improve our product. The level of communication was such that it felt like we were working with a very talented internal team”.

Send us your CV jobs@pentalog.ro

By continuing to use the site, you agree to the use of cookies. Read more here